My last full day in London, I went to Pollock's Toy Museum. If you didn't know, Pollock's was once one of the major manufacturers of toy theatres, and the museum has quite a few of them. 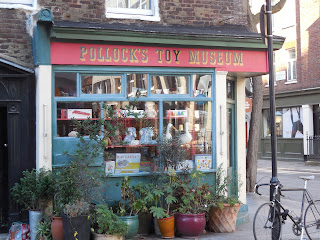 Back in the nineteenth century, making prints for the toy theatre was a family affair. Benjamin Pollock got into the business in 1877 when he married Eliza Reddington, who had inherited a theatrical print warehouse from her father. This gave Pollock access to toy theatre sheets from both J. K. Green and J. Redington, which he republished under his own name.

Pollock sold a plain print for a penny, and for two pennies you could buy a colored print. His daughter Louisa did the coloring by hand, but the family also hired an assistant who used stencils to color plates. After Pollock died in 1937, his children took over the business.

I've seen plates for toy theatres in libraries and museums, but Pollock's Toy Museum gives you an opportunity to see the finished product in the form of fully assembled stages. Here's a side view of a toy theatre version of John Home's play Douglas: 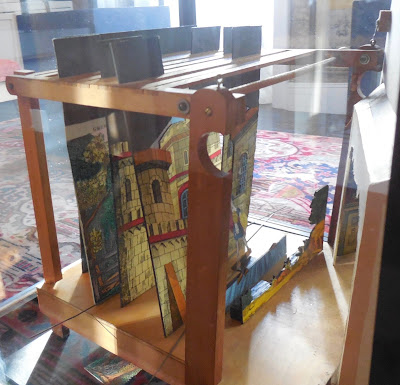 And here you can see footlights that could burn colza oil: 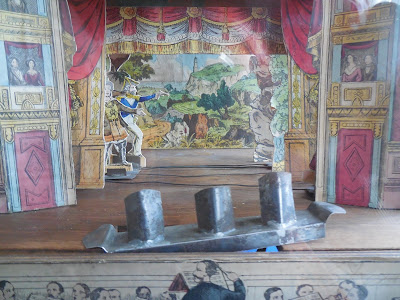 If you're in London, the museum is definitely worth a visit! 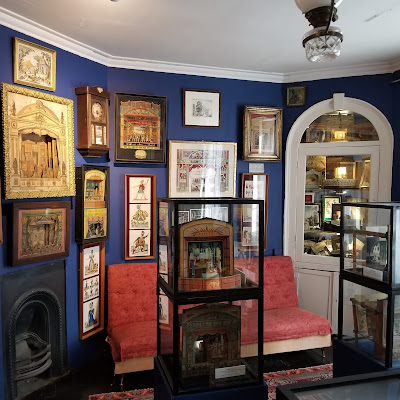