Last night, I got back from London. As I previously wrote, I was doing research on toy theatres at the British Museum. I also got to see Oscar Wilde's A Woman of No Importance and Anders Lustgarten's The Secret Theatre. 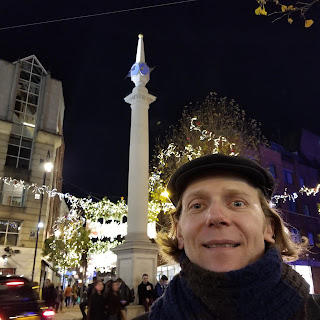 That night, I headed down to Seven Dials, which was once London's most infamous slum. (The equivalent in New York was Five Points.) It's not a slum at all anymore, and actually has quite a few high-end retailers. I was there, however, to see the Donmar Warehouse production of The Lady From the Sea.

I have quite a few thoughts on the production, but they'll have to wait, as it's almost midnight and I'm ready for bed. I had a great time, but it's good to be home.
Posted by James Armstrong, Playwright at 9:01 PM