It's official! My short play The Trade, which premiered last summer at Gallery Players, will be performed in Florida next month as a part of City Theatre's Island Shorts on Key Biscayne.

Previously, The Trade was a finalist for City Theatre's National Award for Short Playwriting. Though it did not win that award, City Theatre did present the play in Ft. Lauderdale as a staged reading last August.

Now they will be fully staging the piece on Key Biscayne along with a number of other 10-minute plays. Performances will take place February 5th through 7th. Gail Garrisan is set to direct.

Tickets are available in advance at $20 for Key Biscayne residents and $25 for non-residents. Tickets after February 5th are $30. For more information, check out the City Theatre website.

Dennis Gleason directed a lovely production of the show last year in Brooklyn with Ashley Harris and Ben Sargent. I'm afraid I won't be getting down to Florida for this one, but I hope the production is every bit as good! 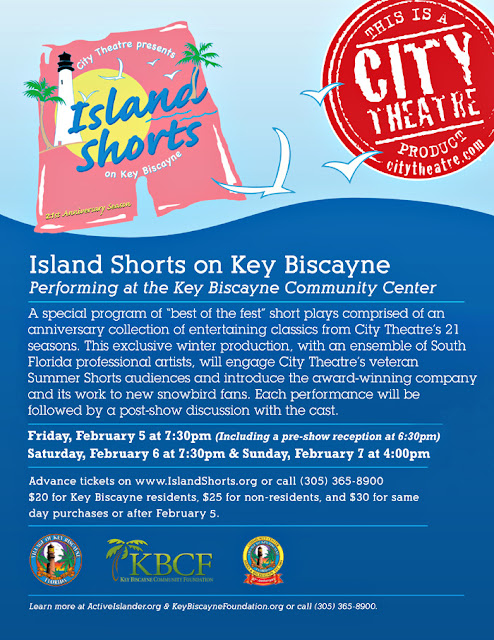