The Roots of Romanticism

In 1965, the great critic and theorist Isaiah Berlin gave a series of lectures on Romanticism. Posthumously published as the book The Roots of Romanticism, Berlin's lectures offer remarkable insight not just into Romanticism in general, but specifically into Romantic drama.

In the opening chapter, "In Search of a Definition," Berlin uses Romantic drama to try to get to the heart of what Romanticism really is. For a Sturm und Drang play like Friedrich Schiller's The Robbers, there is no answer to the question of who is right or wrong. Georg Büchner's later play The Death of Danton offers an even further challenge. Danton does not deserve to die, Berlin argues, "yet Robespierre was perfectly right in putting him to death." What matters in Romanticism is not so much what the values are, but "that people should dedicate themselves to these values with all that is in them." 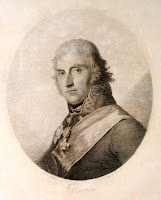 Berlin considers Romanticism to be an attack on the Enlightenment, and identifies the true fathers of the movement as philosophers such as Johann Georg Hamann and Hamann's pupil, Johan Gottfried Herder, as well as the great Immanuel Kant. In discussing these philosophers, however, Berlin illustrates their principles by turning to dramatists. For instance, he singles out Friedrich Klinger, whose play Sturm und Drang gave a name to the entire German proto-Romantic movement. Klinger's play The Twins depicts a man who kills his weaker twin, claiming his brother will not allow him to fully develop his own nature. Such a viewpoint is entirely alien to that of the Enlightenment.

Kant leads a group that Berlin calls "the Restrained Romantics." Raised on Lutheran pietism, Kant was "virtually intoxicated by the idea of human freedom," according to Berlin. Playwrights like Schiller picked up on this obsession with freedom. The hero of Schiller's Fiesco, for instance, acts abominably, but acts with freedom, unlike the rabble in the play who need a leader they can blindly follow. According to Schiller, men must go through the stage of Notstaat in which they are governed by necessity, to Vernunftstaat in which they are governed by rationality, to a finally liberated state in which man is driven by Spieltrieb.  This "play drive" creates its own rules, because it knows that all standards are invented, so the only way to live life authentically is by creating one's own rules.

This type of thinking, however, leads to what Berlin calls "Unbridled Romanticism." This movement included writers like Friedrich Schlegel, whose novel Lucinde advocated free love. It also broke out in the playful meta-theatricality of Ludwig Tieck, whose play Puss-in-Boots contains an on-stage audience openly questioning the conventions of the theatre.

Such unbridled Romantics produced lasting effects, which Berlin illustrates with the stage history of Mozart's Don Giovanni. After devils dragged off his title character to hell, Mozart had the more respectable characters sing a sextet. For a hundred years, however, the Romantics refused to stage the original ending, since they had elevated the villain of the piece to the status of "a vast myth."

This myth, of course, was manifest in the person of Lord Byron. According to Berlin, "Byron's chief emphasis is upon the indomitable will, and the whole philosophy of the view that there is a world which must be subdued and subjugated by superior persons, takes its rise from him." Berlin even quotes Byron's Manfred saying:

My Spirit walked not with the souls of men,
Nor looked upon the earth with human eyes;
The thirst of their ambition was not mine,
The aim of their existence was not mine;
My joys — my griefs — my passions — and my powers,
Made me a stranger...

This unbridled Romanticism seems far from tolerant. But Berlin argues that it ultimately led to tolerance. If each extreme, individualistic genius can be right in his own way, what right have we to criticize anyone? Though Berlin notes the connections between Romanticism and authoritarianism (particularly Fascism), he finds it ultimately democratic.
Posted by James Armstrong, Playwright at 7:47 AM